Carcinogen (Cancer) Risk Assessment
Cancer risk assessment involves two steps: The two primary cancer classification schemes are those of the Environmental Protection Agency  (EPA) and the International Agency for Research on Cancer (IARC). The EPA and IARC classification systems are quite similar.

1. Qualitative Evaluation of Cancer Risk
The EPA's cancer assessment procedures have been used by several Federal and State agencies. The Agency for Toxic Substances and Disease Registry (ATSDR) relies on EPA's carcinogen assessments. A substance is assigned to one of five descriptors shown below in Table 1.

Cancer Data for Animals
An increase in cancer in more than one species or strain of laboratory animals or in more than one experiment is considered sufficient evidence in animals. Data from a single experiment can also be considered sufficient animal evidence if there is a high incidence or unusual type of tumor induced. Normally, however, a carcinogenic response in only one species, strain, or study is considered as only limited evidence in animals. 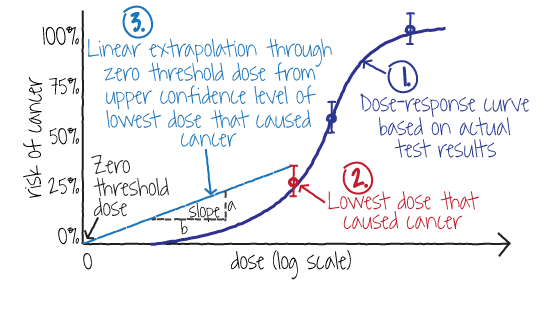 Figure 2. The Linearized Multistage Model is used to extrapolate cancer risk from a dose-response curve using the cancer slope factor
(Image Source: NLM)
EPA uses the Linearized Multistage Model (LMS) illustrated in Figure 2 to conduct its cancer risk assessments. It yields a cancer slope factor, known as the q1* (pronounced "Q1-star"), which can be used to predict cancer risk at a specific dose. It assumes linear extrapolation with a zero dose threshold from the upper confidence level of the lowest dose that produced cancer in an animal test or in a human epidemiology study.

Other Models
Other models that have been used for cancer assessments include:
Application of Models to Estimate Chemical Concentrations in Drinking Water
The chemical chlordane has been found to cause a lifetime risk of one cancer death in a million persons. Different cancer risk assessment models vary in their estimates of drinking water concentrations for chlordane as illustrated in Table 2:

Table 2. Estimates of drinking water chlordane concentrations by various cancer assessment models
PBPK models are relatively new and are being employed when biological data are available. They quantitate the absorption of a foreign substance, its distribution, metabolism, tissue compartments, and elimination. Some compartments store the chemical (such as bone and adipose tissue) whereas others biotransform or eliminate it (such as liver or kidney). All these biological parameters are used to derive the target dose and comparable human doses.


Noncarcinogenic Risk Assessment
Historically, the Acceptable Daily Intake (ADI) procedure has been used to calculate permissible chronic exposure levels for humans based on noncarcinogenic effects. The ADI is the amount of a chemical to which a person can be exposed each day for a long time (usually lifetime) without suffering harmful effects. It is determined by applying safety factors (to account for the uncertainty in the data) to the highest dose in human or animal studies that has been demonstrated not to cause toxicity (NOAEL).

The EPA has slightly modified the ADI approach and calculates a Reference Dose (RfD) as the acceptable safety level for chronic noncarcinogenic and developmental effects. Similarly, the ATSDR calculates Minimal Risk Levels (MRLs) for noncancer endpoints.

The critical toxic effect used in the calculation of an ADI, RfD, or MRL is the serious adverse effect that occurs at the lowest exposure level. It may range from lethality to minor toxic effects. It is assumed that humans are as sensitive as the animal species unless evidence indicates otherwise.


Assessment of Chronic Exposures
In determining the ADIs, RfDs or MRLs, the NOAEL is divided by safety factors (uncertainty factors) in order to provide a margin of safety for allowable human exposure.

When a NOAEL is not available, a LOAEL can be used to calculate the RfD.

An additional safety factor is included if a LOAEL is used. A Modifying Factor of 0.1–10 allows risk assessors to use scientific judgment in upgrading or downgrading the total uncertainty factor based on the reliability and quality of the data. For example, if a particularly good study is the basis for the risk assessment, a modifying factor of <1 may be used. If a poor study is used, a factor of >1 can be incorporated to compensate for the uncertainty associated with the quality of the study. 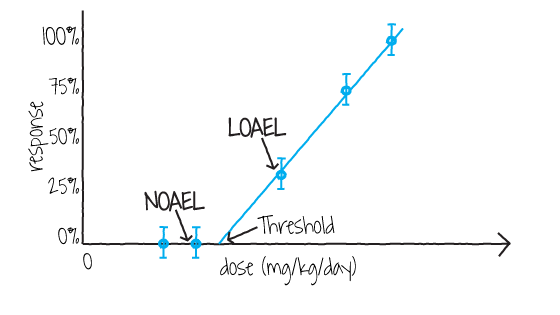 Figure 3. Dose-response curve for noncarcinogenic effects
(Image Source: NLM)
Figure 3 above shows a dose-response curve for noncarcinogenic effects which also identifies the NOAEL and LOAEL. Any toxic effect might be used for the NOAEL/LOAEL so long as it is the most sensitive toxic effect and considered likely to occur in humans.

The Uncertainty Factors or Safety Factors used to derive an ADI or RfD are listed in Table 3.

Table 3. Uncertainty/Safety factors used to derive an Acceptable Daily Intake (ADI) or Reference Dose (RfD)
The modifying factor is used only in deriving EPA Reference Doses. The number of factors included in calculating the ADI or RfD depends upon the study used to provide the appropriate NOAEL or LOAEL.

The general formula for deriving the RfD is:

The more uncertain or unreliable the data become, the higher the total uncertainty factor that is applied. An example of an RfD calculation is provided below. A subchronic animal study with a LOAEL of 50 mg/kg/day was used in the numerator. Uncertainty factors used in the denominator are 10 for human variability, 10 for an animal study, 10 for less than chronic exposure, and 10 for use of an LOAEL instead of a NOAEL.

In addition to chronic effects, RfDs can also be derived for other long-term toxic effects, including developmental toxicity.

Traditionally, the NOAEL method has been used to determine the point of departure (POD - represents a dose derived from observed data that is associated with an extra risk for a specific endpoint) from animal toxicology data for use in risk assessments. However, this approach has limitations such as a strict dependence on the dose selection, dose spacing, and sample size of the study from which the critical effect has been identified. Also, using the NOAEL does not take into consideration the shape of the dose-response curve and other related information.

Benchmark Dose Method
The benchmark dose (BMD) method, first proposed as an alternative in the 1980s, addresses many limitations of the NOAEL method. It is less dependent on dose selection and spacing and takes into account the shape of the dose-response curve (Figure 4). In addition, the estimation of a BMD 95% lower bound confidence limit (BMDL) results in a POD that appropriately accounts for study quality (i.e., sample size). With the availability of user-friendly BMD software programs, including the EPA’s Benchmark Dose Software (BMDS), the BMD has become the method of choice for many health organizations worldwide.

Assessment of Noncancer Toxicity Effects
While the Agency for Toxic Substances and Disease Registry (ATSDR) does not conduct cancer risk assessments, it does derive Minimal Risk Levels (MRLs) for noncancer toxicity effects (such as birth defects or liver damage). The MRL is defined as an estimate of daily human exposure to a substance that is likely to be without an appreciable risk of adverse effects over a specified duration of exposure. For inhalation or oral routes, MRLs are derived for acute (14 days or less), intermediate (15–364 days), and chronic (365 days or more) durations of exposures.


Assessment of Acute or Short-Term Exposures
Risk assessments are also conducted to derive permissible exposure levels for acute or short-term exposures to chemicals. Health Advisories (HAs) are determined for chemicals in drinking water. HAs are the allowable human exposures for 1 day, 10 days, longer-term, and lifetime durations. The method used to calculate HAs is similar to that for the RfDs using uncertainty factors. Data from toxicity studies with durations of length appropriate to the HA are being developed.


Assessment of Occupational Exposures
For occupational exposures, Permissible Exposure Levels (PELs), Threshold Limit Values (TLVs), and National Institute for Occupational Safety and Health (NIOSH) Recommended Exposure Levels (RELs) are developed. They represent dose levels that will not produce adverse health effects from repeated daily exposures in the workplace. The method used to derive is conceptually the same. Safety factors are used to derive the PELs, TLVs, and RELs.

Allowable Exposures to Contamination Sources
The last step in risk assessment is to express the risk in terms of allowable exposure to a contaminated source. Risk is expressed in terms of the concentration of the substance in the environment where human contact occurs. For example, the unit for assessing risk in air is risk per mg/m3 whereas the unit for assessing risk in drinking water is risk per mg/L.

1) The default procedures used to extrapolate from high to low doses primarily depend upon the:
a) Potency of the substance
b) Rate of lethality in laboratory animals
c) Genotoxic carcinogenicity of the substance

3) The primary cancer risk assessment model used by the EPA is known as the:
a) Linearized Multistage Model (LMS)
b) Probit Model
c) Physiologically Based Pharmacokinetic Model (PB-PK)