OSHA maintains the "Permissible Exposure Limits – Annotated Tables" that contain comparative information taken from federal, state, and professional organizations such as the:
These tables list air concentration limits for chemicals but do not include notations for skin absorption or sensitization. The PEL Annotated Tables include the following: Table Z-1, Table Z-2, and Table Z-3. 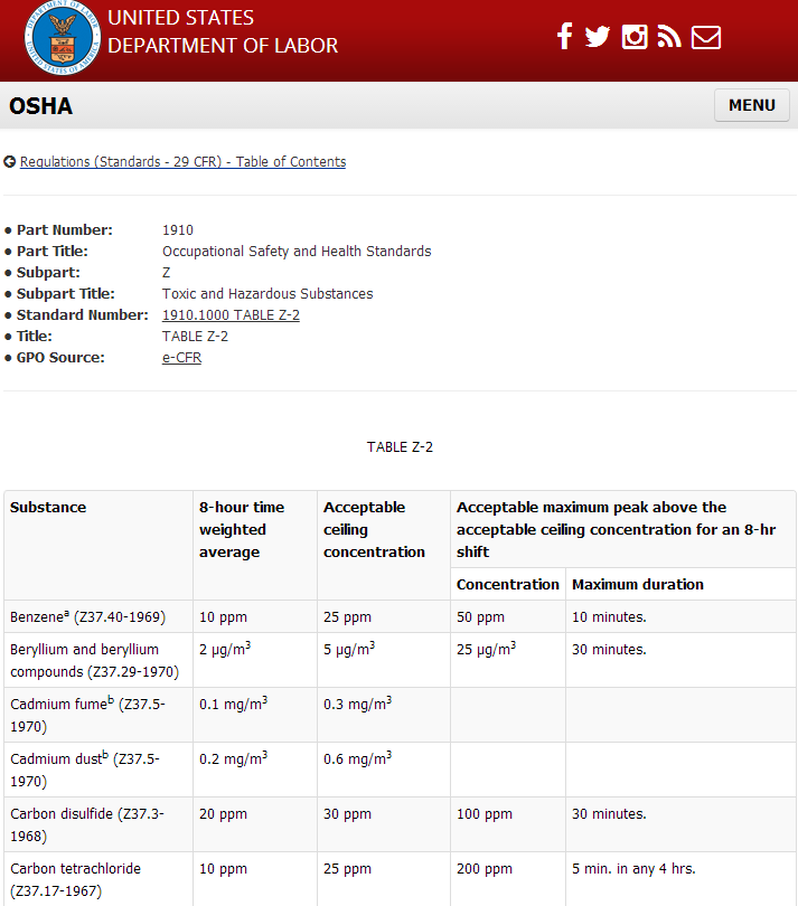 Figure 1. Screenshot of a portion of OSHA PEL Annotated Table Z-2
Most OSHA PELs are for airborne substances with allowable exposure limits averaged over an 8-hour day in a 40-hour week. This is known as the Time-Weighted-Average (TWA) PEL. While adverse effects are not expected to be encountered with repeated exposures at the PEL, OSHA recommends that employers consider using the alternative occupational exposure limits because it believes levels above some of the alternative occupational exposure limits may be hazardous to workers even when the exposure levels are in compliance with the relevant PELs.


Short Term Exposure Limits, Ceiling Limits, and Skin Designations
OSHA also issues Short Term Exposure Limit (STELs) PELs, Ceiling Limits, and PELs that carry a skin designation. Theoretically, an occupational substance could have PELs as TWA, STEL, and Ceiling Value, and with a skin designation, but that is rare. Usually, an OSHA-regulated substance will have only a PEL as a time-weighted average.

ACGIH® also has developed Biological Exposure Indices (BEIs®) as guidance values for assessing biological monitoring results (concentration of a chemical in biological media such as blood or urine). The OSHA Policy Statement on the Uses of TLVs® and BEIs® provides an overview on using these guidelines.


Control Banding (CB)
Control banding (CB) is an emerging area internationally for guiding the assessment and management of workplace chemical risks. CB is a technique that determines a control measure such as dilution by air ventilation or engineering controls based on a range or “band” of hazards such as skin irritation or carcinogenic potential and exposures such as an assessment of a small, medium, or large exposure. It is based on the fact that there are a limited number of control approaches, and a history of having many problems solved in the past. CB is used with other health and safety practices such as chemical substitution. It is not a replacement for the use of experts in occupational safety and health and it does not eliminate the need to perform exposure monitoring.