Elimination of toxicants in the feces occurs from two processes:

Biliary Excretion
The biliary route is an important mechanism for fecal excretion of xenobiotics and is even more important for the excretion of their metabolites. This route generally involves active secretion rather than passive diffusion. Specific transport systems appear to exist for certain types of substances, for example, organic bases, organic acids, and neutral substances. Some heavy metals are excreted in the bile, for example, arsenic, lead, and mercury. However, the most likely substances to be excreted via the bile are comparatively large, ionized molecules, such as those having a large molecular weight (conjugates greater than 300).

Once a substance has been excreted by the liver into the bile, and then into the intestinal tract, it can be eliminated from the body in the feces, or it may be reabsorbed. Since most of the substances excreted in the bile are water soluble, they are not likely to be reabsorbed as such. However, enzymes in the intestinal flora are capable of hydrolyzing some glucuronide and sulfate conjugates, which can release the less polar compounds that may then be reabsorbed. This process of excretion into the intestinal tract via the bile and reabsorption and return to the liver by the portal circulation is known as the enterohepatic circulation (Figure 1).

Enterohepatic circulation prolongs the life of the xenobiotic in the body. In some cases, the metabolite is more toxic than the excreted conjugate. Continuous enterohepatic recycling can occur and lead to very long half-lives of some substances. For this reason, drugs may be given orally to bind substances excreted in the bile.
Changes in the production and flow of bile into the liver affect the efficiency of biliary excretion. 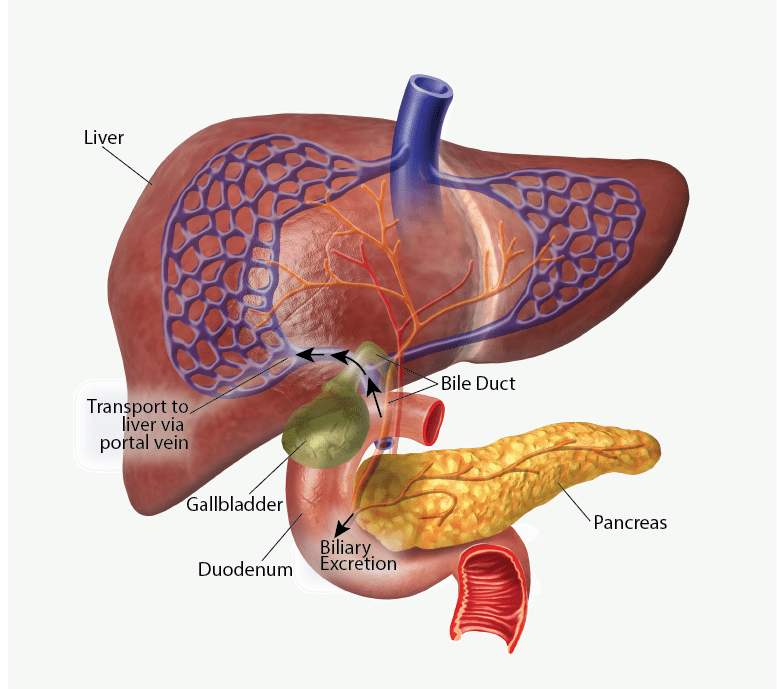 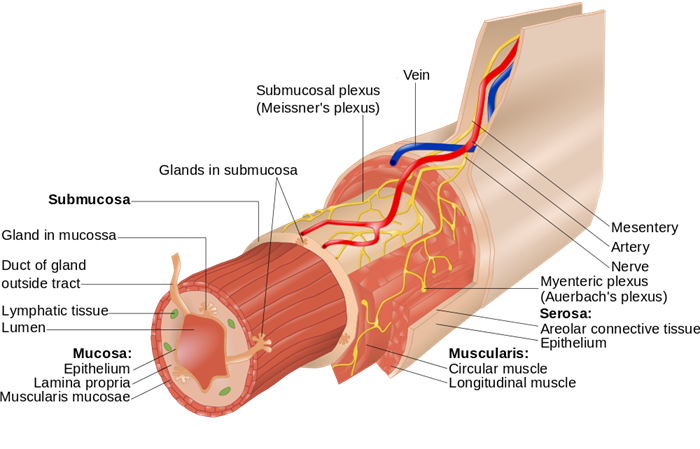 Figure 2. Layers of the Alimentary Canal
(Image Source: Wikimedia Commons, obtained under Creative Commons Attribution-Share Alike 3.0 Unported license.
Author: Goran tek-en.
View original image.)
Intestinal excretion is a relatively slow process and therefore, it is an important elimination route only for those xenobiotics that have slow biotransformation, or slow urinary or biliary excretion. Increasing the lipid content of the intestinal tract can enhance intestinal excretion of some lipophilic substances. For this reason, mineral oil (liquid paraffin, derived from petroleum) is sometimes added to the diet to help eliminate toxic substances, which are known to be excreted directly into the intestinal tract.