Other Routes of Exposure

In addition to the common routes of environmental, occupational, and medical exposure (oral, respiratory, and dermal), other routes of exposure may be used for medical purposes. Many pharmaceuticals are given by parenteral routes via injection into the body using a syringe and hollow needle.


Other Exposure Routes
Intradermal injections are made directly into the skin, just under the stratum corneum. Tissue reactions are minimal and absorption is usually slow. A subcutaneous injection is beneath the skin. Since the subcutaneous tissue is quite vascular (consisting of vessels especially those carrying blood), absorption into the systemic circulation is generally rapid. Tissue sensitivity is also high and thus irritating substances may induce pain and an inflammatory reaction.

The intravenous (vein) or intra-arterial (artery) routes are used to inject substances directly into large blood vessels when they are irritating or when an immediate action is desired, such as anesthesia. 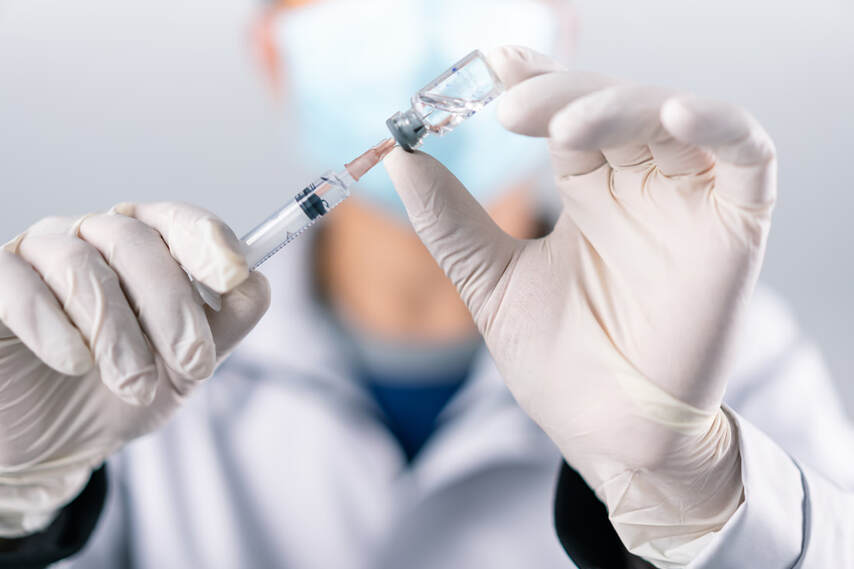 Figure 1. Injection using a syringe
(Image Source: iStock Photos, ©)
Implantation is another route of exposure of increasing concern. A large number of pharmaceuticals and medical devices are now implanted in various areas of the body. Implants may be used to allow slow, time-release of a substance such as hormones. Implanted medical devices and materials like artificial lenses, tendons, and joints, and cosmetic reconstruction do not involve absorption.

Some materials enter the body via skin penetration as the result of accidents or violence (weapons, etc.). The absorption in these cases depends highly on the nature of the substance. Metallic objects (such as bullets) may be poorly absorbed whereas more soluble materials that thrust through the skin and into the body from accidents may be absorbed rapidly into the circulation.

Novel methods of introducing substances into specific areas of the body are often used in medicine. For example, conjunctival instillations (eye drops) treat ocular conditions where high concentrations are needed on the outer surface of the eye, not possible by other routes.

Therapies for certain conditions require that a substance is deposited in body openings where high concentrations and slow release may be needed while keeping systemic absorption to a minimum. For these substances, the pharmaceutical agent is suspended in a poorly absorbed material such as beeswax with the material known as a suppository. The usual locations for use of suppositories are the rectum and vagina.
Knowledge Check (Solutions on next page)

1) If an immediate therapeutic effect is needed, the route of exposure that would most likely be used is the:
a) Intradermal route
b) Intramuscular injection
c) Intravenous injection

2) A pharmaceutical may be implanted in the body to:
a) Allow slow-release over a long period of time
b) Assure that the substance is distributed equally throughout the body
c) Reduce irritation from the substance