The U.S. Consumer Product Safety Commission (CPSC) is charged with "protecting the public from unreasonable risks of injury or death associated with the use of the consumer products" under its jurisdiction such as toys, cribs, power tools, cigarette lighters, and household chemical-containing products. The CPSC considers if a product could pose a fire, electrical, chemical, or mechanical (such as choking) hazard. CPSC's work, including research, product recalls, education, and administration of regulations, laws, and standards, has resulted in a decline in the rate of deaths and injuries associated with consumer products over the past several decades.

Consumer exposure standards are developed for hazardous substances and articles by the CPSC. The authority under the Federal Hazardous Substance Act (FHSA) pertains to substances other than pesticides, drugs, foods, cosmetics, fuels, and radioactive materials. The CPSC-required warning labels on containers of household products that are toxic, corrosive, irritants, or sensitizers help consumers to safely store and use those products and to give them information about immediate first aid steps to take if an accident happens. Highly toxic substances are labeled with DANGER; less toxic substances are labeled with WARNING or CAUTION. 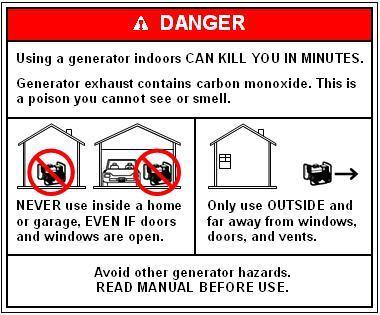 Figure 2. CPSC danger label for a gas-powered generator
(Image Source: CPSC)
The CPSC’s basis for a determination of highly toxic has been death in laboratory rats at an oral dose of 50 mgs, or an inhaled dose in rats of 200 ppm for one hour, or a 24-hour dermal dose in rabbits of 200 mg/kg. A substance is corrosive if it causes visible destruction or irreversible damage to the skin or eye. If it causes damage that is reversible within 24 hours, it is designated an irritant. An immune response from a standard sensitization test in animals is sufficient for designating the substance a sensitizer.

CPSC is a member of the U.S. Interagency Coordinating Committee on the Validation of Alternative Methods (ICCVAM), a permanent committee of the National Institutes of Environmental Health Science (NIEHS) under the National Toxicology Program Interagency Center for the Evaluation of Alternative Toxicological Methods (NICEATM). ICCVAM was created "to establish, wherever feasible, guidelines, recommendations, and regulations that promote the regulatory acceptance of new or revised scientifically valid toxicological tests that protect human and animal health and the environment while reducing, refining, or replacing animal tests and ensuring human safety and product effectiveness."


Drugs
Manufacturers of new pharmaceuticals must obtain formal FDA approval before their products can be marketed. Drugs intended for use in humans must undergo animal studies and human clinical trials to determine toxic dose levels prior to filing a New Drug Application  (NDA).

The package insert labels and the PDR contain the following information: 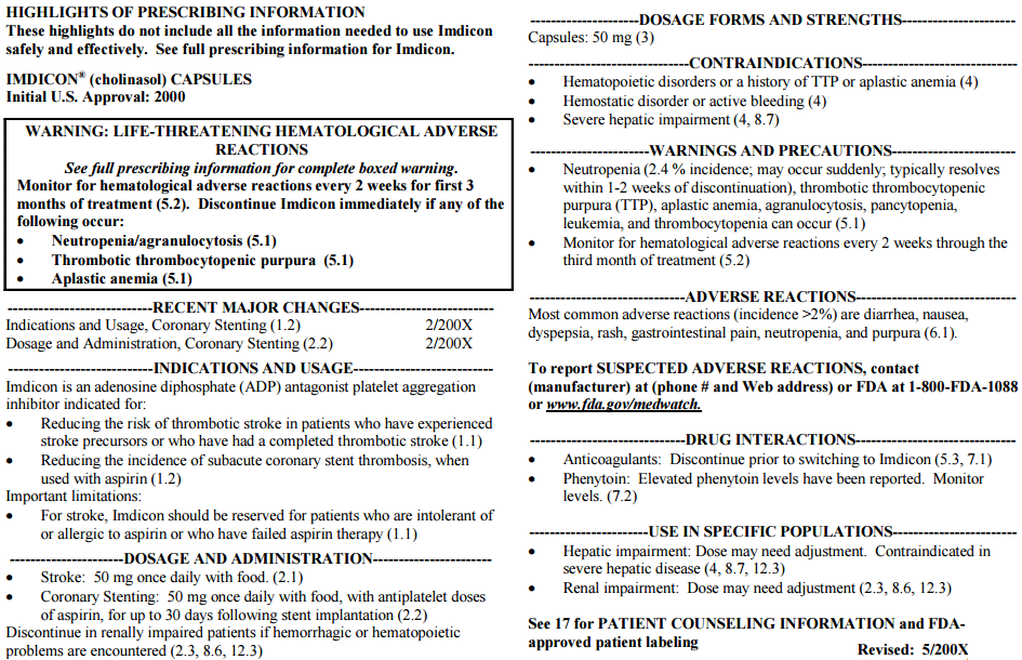 Indirect food additives are not intentionally added to foods and they are not natural constituents of foods. They become a constituent of the food product from environmental contamination during production, processing, packaging, and storage. Examples of indirect food additives are:
Exposure standards indicate the maximum allowable concentration of these substances in food.

New direct food additives must undergo stringent review by FDA scientists before they can be approved for use in foods. The manufacturer of a direct food additive must provide evidence of the safety of the food additive in accordance with specified uses. The safety evaluation is conducted by the toxicity testing and risk assessment procedures previously discussed with derivation of the ADI. In contrast to pharmaceutical testing, virtually all toxicity evaluations are conducted with experimental laboratory animals.

FDA approval of all new food additives has been requires since the Food, Drug and Cosmetic Act (FDCA) was amended in 1958. At that time, all existing food additives were Generally Recognized as Safe  (GRAS) and no exposure standard was developed. Many of GRAS substances have since been reevaluated and maximum acceptable levels have been established. However, under the law, a substance may be determined to be GRAS for an intended use and introduced into the food supply as such without prior approval by FDA. FDA maintains a searchable database of GRAS substances. 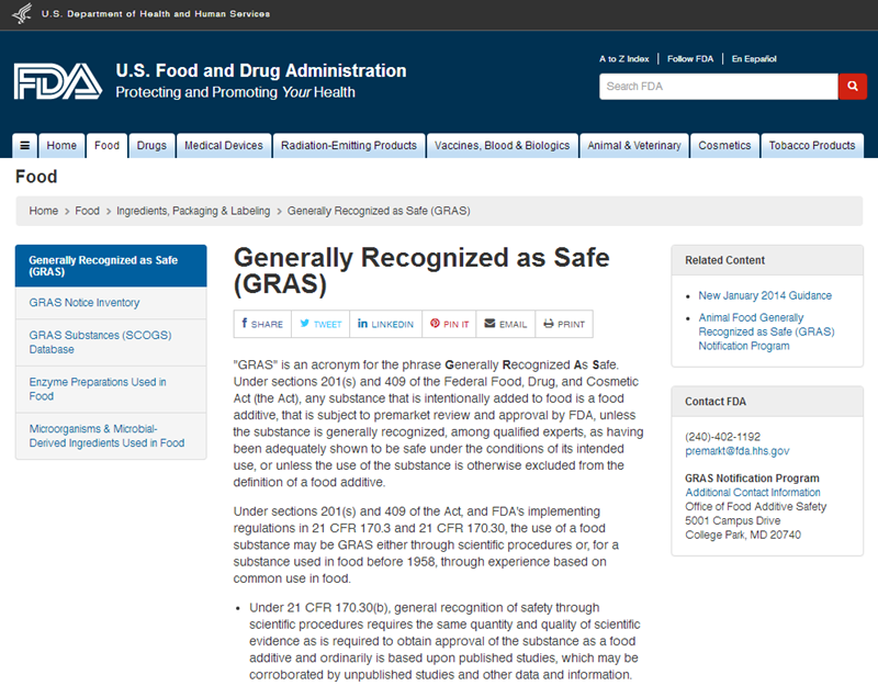 Figure 7. Select Committee on GRAS Substances searchable database
The FDA reevaluation of GRAS substances requires that specific toxicity tests be conducted based on the level of the GRAS substance in a food product. For example, the lowest level of concern is for an additive used at 0.05 ppm in the food product. Only short-term tests (a few weeks) are required for those compounds. In contrast, a food additive used at levels higher than 1.0 ppm must be tested for carcinogenicity, chronic toxicity, reproductive toxicity, developmental toxicity, and mutagenicity.

The 1958 amendment to the Food, Drug and Cosmetic Act law is known as the Delaney Clause. This clause prohibited the addition of any substance to food that has been shown to induce cancer in man or animals. The implication was that any positive result in an animal test, regardless of dose level or mechanism, is sufficient to prohibit use of the substance. In this case, the allowable exposure level is zero. In 1958, chemical levels could only be measured in parts per thousand whereas analytical methods today allow some chemical levels to be measured down to parts per trillion or quintillion. Such levels might represent negligible cancer risks and Congress has repeatedly amended the Delaney Clause to create more and more exceptions. In 1996, the Delaney Clause was repealed, and the "zero–risk" standard was changed to one of "reasonable certainty."

The European Food Safety Authority (EFSA) was set up in 2002 and is based in Parma, in Italy. It carries out risk assessments before certain foods are allowed to be sold in the EU. The agency was legally established by the EU under the General Food Law - Regulation 178/2002. The General Food Law created a European food safety system in which responsibility for risk assessment (science) and for risk management (policy) are kept separate. EFSA is responsible for the former area, and also has a duty to communicate its scientific findings to the public.

EFSA provides scientific advice to the European Commission and EU countries, to help them take effective decisions to protect consumers. It also plays an essential role in helping the EU respond swiftly to food safety crises. EFSA's remit covers:
It also considers, through environmental risk assessments, the possible impact of the food chain on the biodiversity of plant and animal habitats (discover EFSA topics, EFSA scientific work areas, and application resources by food sector area). EFSA publishes all its scientific outputs, including its scientific opinions, in the EFSA Journal. It also issues a range of supporting publications.

Most of EFSA's work is undertaken in response to requests for scientific advice from the European Commission, the European Parliament and EU Member States. EFSA also carry out scientific work on own initiative, in particular to examine emerging issues and new hazards and to update our assessment methods and approaches. This is known as "self-tasking." EFSA's quality management system (QMS) has been awarded an ISO 9001:2015 certificate, the international standard for quality management.

EFSA's Scientific Panels of experts are responsible for the bulk of EFSA's scientific assessment work. Each of the 10 Panels is dedicated to a different area of the food and feed chain. The Scientific Committee has the task of supporting the work of the Panels on cross-cutting scientific issues. It focuses on developing harmonized risk assessment methodologies in fields where EU-wide approaches are not yet defined.

The EU General Food Law deals with a wide range of issues related to food in general and food safety in particular, including food information and animal welfare. It covers all parts of the food chain from animal feed and food production to processing, storage, transport, import and export, as well as retail sales. It also establishes the principles for risk analysis. These stipulate how, when, and by whom scientific and technical assessments should be carried out in order to ensure that humans, animals, and the environment are properly protected.

The EU's food safety policy covers food from farm to fork. The EU food policy comprises: Where specific consumer protection is justified, there may be special rules on:
The EU's Rapid Alert System for Food and Feed (RASFF) was launched in 1979 and allows information on food and feed to be shared quickly and efficiently between all the relevant bodies at national and EU-level. In a similar vein, the EU Notification System for Plant Health Interceptions (EUROPHYT) is the EU's notification and rapid alert system for plant products entering and being traded within the EU. It helps to prevent the introduction and spread of plant disease and plant pests.

The EU's Trade Control and Expert System (TRACES) is a system for tracking live animals and food and feed of animal origin as they enter the EU and are traded within the EU. It links veterinary authorities across and outside the EU, and enables veterinary services and businesses to react swiftly when a health threat is discovered.


Regulatory Science in the European Union
The following tables describe regulatory science in the EU, including links to the relevant agencies. The list is a work in progress.

3) The FDA develops exposure standards for both direct and indirect food additives. Which of the following is an example of an indirect food additive?
a) A preservative added to food products
b) An antibiotic administered to cattle
c) Natural and artificial flavorings
d) A nutritional supplement, such as Vitamin A

4) Under the Delaney Clause of 1958, the FDA:
a) Required physicians to strictly adhere to exposure standards for pharmaceuticals
b) Prohibited the addition of any substance to food that has been shown to induce cancer in humans or animals
c) Authorized the addition of potentially carcinogenic substances to food as long as the concentration is at 0.05 ppm or less

5) In the European Union, what regulatory authority is responsible for chemicals and biocides?
a) European Centre for Disease Prevention and Control (ECDC)
b) European Food Safety Authority (EFSA)
c) European Chemicals Agency (ECHA)