Chemical reactions are continually taking place in the body. They are a normal aspect of life, participating in the: Within the body is a magnificent assembly of chemical reactions, which is well orchestrated and called upon as needed. Most of these chemical reactions occur at significant rates only because specific proteins, known as enzymes, are present to catalyze them, that is, accelerate the reaction. A catalyst is a substance that can accelerate a chemical reaction of another substance without itself undergoing a permanent chemical change.


Enzymes
Enzymes are the catalysts for nearly all biochemical reactions in the body. Without these enzymes, essential biotransformation reactions would take place slowly or not at all, causing major health problems.


Did you know?
Phenylketonuria (PKU) is the genetic condition in which the enzyme that biotransforms phenylalanine to tyrosine (another amino acid) is defective. As the result, phenylalanine can build up in the body and cause severe mental retardation. Babies are routinely checked at birth for PKU. If they have PKU, they need to follow a special diet to restrict the intake of phenylalanine in infancy and childhood. 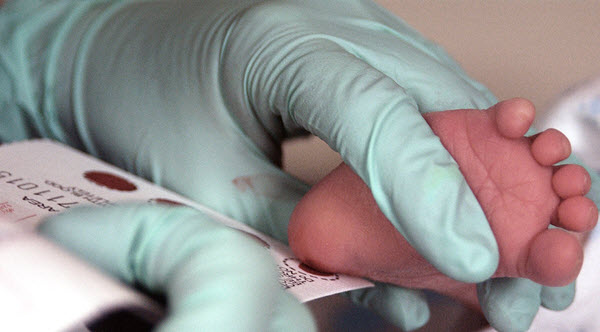 Figure 1. Phenylketonuia (PKU) testing in an infant
(Image Source: Wikimedia Commons, obtained under Public Domain license. Author: U.S. Air Force Photographic Archives)
These enzymatic reactions are not always simple biochemical reactions. Some enzymes require the presence of cofactors or coenzymes in addition to the substrate (the substance to be catalyzed) before their catalytic activity can be exerted. These co-factors exist as a normal component in most cells and are frequently involved in common reactions to convert nutrients into energy (vitamins are an example of co-factors). It is the drug or chemical transforming enzymes that hold the key to xenobiotic transformation. The relationship of substrate, enzyme, coenzyme, and transformed product can be shown as:

Most biotransforming enzymes are high molecular weight proteins, composed of chains of amino acids linked together by peptide bonds. A wide variety of biotransforming enzymes exist. Most enzymes will catalyze the reaction of only a few substrates, meaning that they have high specificity. Specificity is a function of the enzyme's structure and its catalytic sites. While an enzyme may encounter many different chemicals, only those chemicals (substrates) that fit within the enzyme's convoluted structure and spatial arrangement will be locked on and affected. This is sometimes referred to as the "lock and key" relationship. 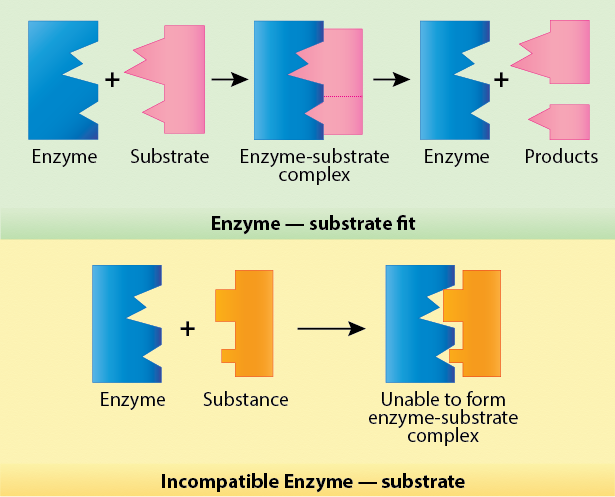 Figure 2. If the substrate does not fit into the enzyme, no complex will be formed and no reaction will occur.
(Image Source: NLM)

Enzyme Specificity
Enzymes range from having absolute specificity to broad and overlapping specificity. In general, there are three main types of specificity:

Enzyme Naming Convention
The names assigned to enzymes may seem confusing at first. However, except for some of the originally studied enzymes (such as pepsin and trypsin), a convention has been adopted to name enzymes. Enzyme names end in "ase" and usually combine the substrate acted on and the type of reaction catalyzed.

For example, alcohol dehydrogenase is an enzyme that biotransforms alcohols by the removal of a hydrogen. The result is a completely different chemical, an aldehyde or ketone.

The biotransformation of ethyl alcohol to acetaldehyde is depicted in Figure 3.

Biotransformation Reaction Phases
Biotransformation reactions are categorized not only by the nature of their reactions, for example, oxidation, but also by the normal sequence with which they tend to react with a xenobiotic. They are usually classified as Phase I and Phase II reactions.

Phase I reactions are generally reactions which modify the chemical by adding a functional structure. This allows the substance to "fit" into a second, or Phase II enzyme, so that it can become conjugated (joined together) with another substance.

Phase II reactions consist of those enzymatic reactions that conjugate the modified xenobiotic with another substance. The conjugated products are larger molecules than the substrate and generally polar in nature (water soluble). Thus, they can be readily excreted from the body. Conjugated compounds also have poor ability to cross cell membranes.

In some cases, the xenobiotic already has a functional group that can be conjugated and the xenobiotic can be biotransformed by a Phase II reaction without going through a Phase I reaction.

For example, phenol can be directly conjugated into a metabolite that can then be excreted. The biotransformation of benzene requires both Phase I and Phase II reactions. As illustrated in Figure 5, benzene is biotransformed initially to phenol by a Phase I reaction (oxidation). Phenol has a structure including a functional hydroxyl group that is then conjugated by a Phase II reaction (sulfation) to phenyl sulfate.

Figure 5. Biotransformation of benzene into phenol in Phase 1 (oxidation), which is then conjugated by a Phase 2 reaction (sulfation) to phenyl sulfate
(Image Source: NLM)
Table 1 lists the major transformation reactions for xenobiotics broken into Phase I and Phase II reactions. These reactions are discussed in more detailed below.


Oxidation
Oxidation is a chemical reaction in which a substrate loses electrons. There are a number of reactions that can achieve the removal of electrons from the substrate. Figure 6 shows these types of oxidizing reactions.

Reduction
Reduction is a chemical reaction in which the substrate gains electrons. Reductions are most likely to occur with xenobiotics in which oxygen content is low. Reductions can occur across nitrogen-nitrogen double bonds (azo reduction) or on nitro groups (NO2). Frequently, the resulting amino compounds are oxidized which forms toxic metabolites. Some chemicals such as carbon tetrachloride can be reduced to free radicals, which are quite reactive with biological tissues. Thus, reduction reactions frequently result in activation of a xenobiotic rather than detoxification. An example of a reduction reaction in which the nitro group is reduced is illustrated in Figure 7.

Hydrolysis
Hydrolysis is a chemical reaction in which the addition of water splits the toxicant into two fragments or smaller molecules. The hydroxyl group (OH-) is incorporated into one fragment and the hydrogen atom is incorporated into the other. Larger chemicals such as esters, amines, hydrazines, and carbamates are generally biotransformed by hydrolysis.

An example of hydrolysis is illustrated in the biotransformation of procaine (local anesthetic) which is hydrolyzed to two smaller chemicals (Figure 8).

Glucuronide Conjugation
Glucuronide conjugation is one of the most important and common Phase II reactions. The glucuronic acid molecule is used in this reaction. It is derived from glucose, a common carbohydrate (sugar) that is the primary source of energy for cells. In this reaction, glucuronic acid is added directly to the toxicant or its phase I metabolite. The sites of glucuronidation reactions are substrates having an oxygen, nitrogen, or sulfur bond, which apply to a wide array of xenobiotics as well as endogenous substances, such as bilirubin, steroid hormones, and thyroid hormones.

Figure 9. Glucuronide conjugation of aniline (which is used to make polyurethane, pharmaceuticals, and industrial chemicals)
(Image Source: NLM)
Sulfate Conjugation
Sulfate conjugation is another important Phase II reaction that occurs with many xenobiotics. In general, sulfation decreases the toxicity of xenobiotics. Unlike glucuronic acid conjugates that are often eliminated in the bile, the highly polar sulfate conjugates are readily secreted in the urine. In general, sulfation is a low-capacity pathway for xenobiotic conjugation. Often glucuronidation or sulfation can conjugate the same xenobiotics.
Knowledge Check (Solutions on next page)

1) The substances in the body that accelerate chemical reactions are known as:
a) Amino acids
b) Enzymes
c) Substrates

5) Which conjugation reaction is the most common in the biotransformation of xenobiotics?
a) Amino acid conjugation
b) Glucuronide conjugation
c) Methylation