LEARNING OBJECTIVES
After completing this lesson, you will be able to:
Repair
The ability of cells to repair toxicant-induced damage plays a large role in the outcome of exposure to toxicants. Repair mechanisms include molecular repair such as reversal of thiol oxidation, removal of damaged units with replacement by newly synthesized units, and degradation followed by resynthesis of damaged structures.  Cellular repair mechanisms include autophagy of damaged organelles and resynthesis/regeneration of damaged structures.  Tissue repair mechanisms include active removal of damaged cells via apoptosis, regeneration of cells by hyperplasia (increase in cell numbers) or hypertrophy (increase in cell size), and resynthesis of extracellular matrix.  When cellular or tissue repair is unable to restore original tissue architecture, production of extracellular connective tissue to results in fibrosis. 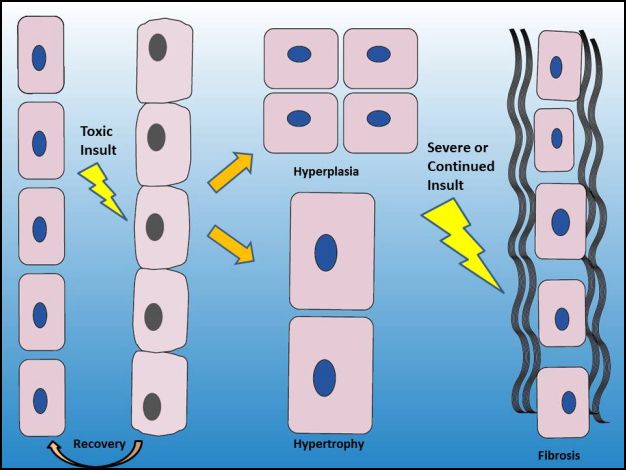 Figure 5.1  Normal cells (at left) that are exposed to a toxic insult may undergo degeneration, characterized by cellular swelling.  Repair responses to cellular injury include increased cell numbers (hyperplasia) and increased cell size (hypertrophy).  When exposed to continued toxic insult or when cellular injury is severe, the repair process may include formation of excessive extracellular connective tissue (fibrosis).
​Some toxicants can interfere with the normal cellular repair mechanisms, resulting in early cellular senescence and death.  Inability to repair damage to DNA can result in disruption of normal protein synthesis or initiation of carcinogenesis.  Other toxicants trigger exaggerated repair mechanisms which themselves pose a hazard to the survival of the individual.  For instance, the herbicide paraquat causes lung injury mediated by oxygen-derived free radicals; because the lung is a highly oxygenated organ, this damage can be quite extensive as the ready availability of oxygen provides plenty of fuel for the snowballing generation of free radicals such as superoxide anions.  The immediate effect of paraquat on the lung is damage to alveolar walls, resulting in stimulation repair mechanisms that cause intense, progressive fibrosis of the lung over several weeks, which ultimately leads to the death of the patient from asphyxia.  Intense fibrosis is also seen in alcoholic cirrhosis of the liver, with normal liver parenchyma being replaced by fibrous connective tissue that impedes normal liver function.
Adaptation
Adaptation mechanisms have evolved at the cellular, tissue and organ levels that allow the individual to survive in the face of exposure to levels of toxicants that might otherwise result in serious or lethal injury.  Adaptation requires time to develop, so generally occurs upon multiple exposures to levels of toxicants that are too low to cause severe acute injury.  Adaptation mechanisms include alteration of toxicant delivery to target sites, decreasing reactivity of the target site to the toxicant, increasing local repair mechanisms, and development of compensatory mechanisms to mitigate toxicant-induced injury.

Decreasing toxicant delivery to target site may include decreasing toxicant absorption, detoxification of the toxicant before it can reach the target site, or binding of the toxicant with a neutral molecule.  The opioid fentanyl is a powerful narcotic when injected, but it is quickly metabolized in the liver if ingested, greatly reducing the amount that enters the systemic circulation and reaches the central nervous system; this “first pass effect” occurs with many substances and is often the reason why some drugs must be administered via injection rather than the oral route.  Similarly, chronic ingestion of ethyl alcohol can result in the induction (increased expression) of the enzyme alcohol dehydrogenase in the gastrointestinal tract and liver, resulting in more alcohol being metabolized before it can reach the systemic circulation.

Some toxic heavy metals that reach the bloodstream become bound to metal-binding proteins called metallothioneins; because only unbound metals are free to react, metallothioneins prevent the toxic metals from interacting with their target sites.  Many sea-dwelling mammals such as killer whales (Orca spp.) bind organic mercury to selenium-containing metallothioneins which allows them to accumulate large amounts of organic mercury that would be lethal to terrestrial mammals.
​
Adaptation by decreased reactivity to the target site is classically illustrated by the tolerance that can develop in people addicted to opioids such as heroin.  Constant stimulation of opioid receptors results in downregulation (decreased expression) of those receptors and increased amounts of opioids required to stimulate remaining receptors. 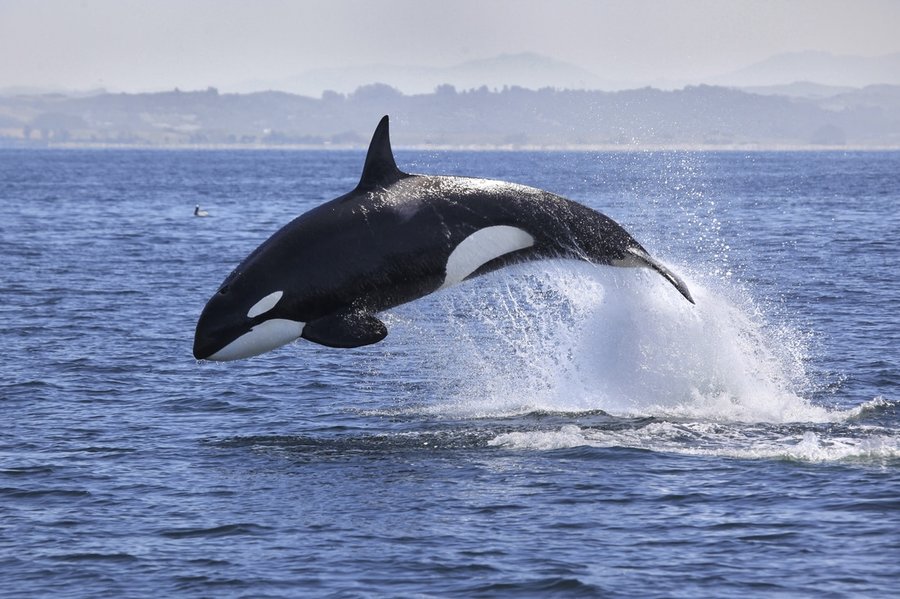 Figure 5.2 Orcas have evolved a means of adapting to the high levels of organic mercury in their diet.
Adaptive mechanisms may include increased function or number of cells to compensate for the loss of function of similar cells due to toxic insult.  A variety of toxicants can cause injury to kidney tubules, and as a result, other kidney tubules may undergo hypertrophy and/or hyperplasia in an attempt to provide adequate kidney function. 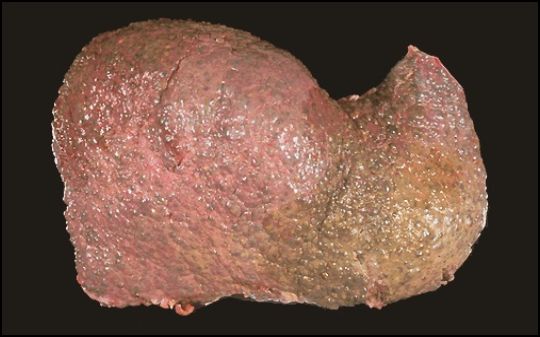 Figure 5.3 Hepatic cirrhosis, a combination of repair and adaptive changes.
Topic 5: Key Points
In this section, we explored the following main points