​LEARNING OBJECTIVES
After completing this lesson, you will be able to:
Toxicants can exert a variety of effects at the molecular level that have significant repercussions at the cellular, tissue and organ levels.  The effects of a toxic exposure can range from reversible cellular dysfunction to irreversible cellular injury to cell death, all of which can alter normal organ function and have significant impact on the health and well-being of the body as a whole.  The ability of cells, tissues and organs to overcome the effect of a toxicant through repair and/or adaptation will dictate the ultimate outcome of a toxic exposure.

Following toxic insult, cells have a limited repertoire of responses.  Nonlethal cell injury may lead to cellular degeneration, seen microscopically as swelling of the cells.  Toxicant-injured cells may accumulate water, lipid, pigments, glycogen or metabolic waste products due to impairment of normal maintenance functions.  Accumulation of lipids in hepatocytes, termed steatosis or hepatic lipidosis, is a common toxic effect seen in cases of alcohol-related liver disease.  Degenerative changes in cells are often reversible if the inciting cause is removed.  When cell injury proceeds beyond the self-repair capability of the cell, cell death ensues.

Figure 4.1 Lipid accumulation in the liver comparing normal liver (left) to liver with steatosis (right).  In the photomicrographs at the bottom, the white spaces are areas of lipid accumulation.
Mechanisms of Cell Death
Major mechanisms of toxicant-induced cell death include disruption of cell membrane structure and/or function, loss of cellular maintenance functions, and impairment of cellular energy production. Loss of membrane structural or functional integrity can result in uncontrolled passage of water, ions and other compounds into or out of the cell.  The subsequent loss of normal cytosolic environment interferes with normal biochemical processes necessary for cell function and/or survival.  Loss of ability to synthesize proteins and other macromolecules impedes maintenance of organelles and enzymatic pathways vital to cellular survival.  Impairment of cellular energy production generally occurs when toxic effects alter mitochondrial function and/or structure and can lead to cell death due to failure to produce sufficient ATP to power essential cellular functions.
Necrosis is the term used to describe cell death due to irreversible injury.  Necrotic cells undergo degenerative processes including swelling of organelles, loss of organelle function, oxidative and hydrolytic degradation of intracellular membranes and macromolecules by electophiles and free radicals, and, ultimately, lysis (loss of cellular constituents to surrounding tissues due to cell membrane rupture).  Necrosis generally results in the generation of an inflammatory response as cellular components and free radicals that are released to the extracellular matrix attract inflammatory cells.

In contrast, apoptosis (sometimes nicknamed “cell suicide” or “programmed cell death”) is a more orderly form of cell death.   Apoptosis is an active process involving activation of specific enzymes which triggers the systematic fragmentation of cell constituents into blebs of cell membrane that pinch off of the main cell to form apoptotic bodies.  During this fragmentation, the cell continues to produce energy and proteins, unlike necrosis where organelle and energy production cease prior to cellular fragmentation.  The end result of apoptosis is numerous apoptotic bodies, each composed of a cellular membrane surrounding intact and functional cellular components.  Apoptosis can be triggered by various forms of oxidative stress, particularly the presence of excessive oxygen-derived free radicals, due to excessive free radical generation and/or to lack or exhaustion of endogenous antioxidants.  Because intracellular components are not spilled into the extracellular matrix, apoptosis generally does not incite an inflammatory response; instead the apoptotic bodies are removed by local phagocytes. 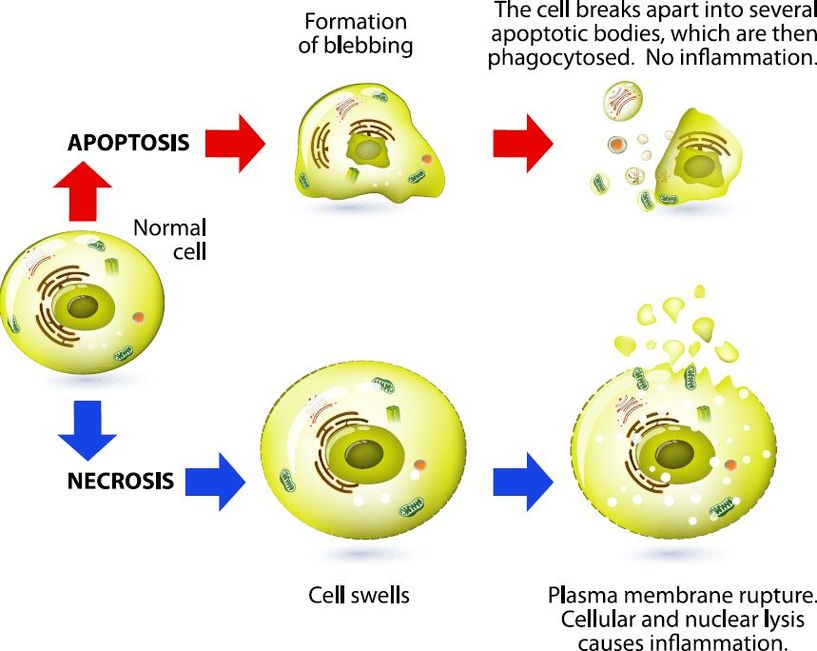 Figure 4.2  Apoptosis and Necrosis are two very different forms of cell death.
​Whether a given toxic insult will lead to apoptosis or necrosis is not always known, and there are many toxicants, such as the heavy metal cadmium, that can induce both apoptosis and necrosis at the same time.   A general rule of thumb for apoptosis is that it is more commonly seen at lower levels of toxicant exposure while necrosis occurs more frequently at relatively higher toxicant levels.  This makes sense, as at high levels of exposure, cells may not have time to undergo apoptosis before cell death occurs.  However, for some toxicants, apoptosis may occur early on during high levels of exposure, with necrosis developing later.  The distinction between apoptotic and necrotic outcomes for various disease conditions is the subject of extensive current research.
Topic 4: Key Points
In this section, we explored the following main points: